Women are at the heart of the solution to the global population crisis, but their social standing remains generally low in many countries.
Discussing the situation they are in around the world is complex and perilous.The fact that this is the seventh or eighth draft by two people working on this subject reflects why Population is such a hot potato, so disliked by politicians. It is difficult to both understand the root causes and to describe today’s situation without upsetting people, being sensationalist or trite. Being so contentious, it is clearly not a vote catcher, except where it improves the lot of women, but we shall try here to avoid upsetting the various religions and the women’s’ rights movement. If we err on the side of generalities, it is because we can recommend books that go into great depth on the various issues.

The simplest fact is that where women are educated and have access to contraceptives,the birth rate drops. (1)
Except it is not so simple, as we have already introduced the element of poverty and infrastructures. These require state willingness to make provision for clinics, religious willingness to accept schools and clinics in principle, and cultural shifts to admit greater respect for women and girls.

The UK
In the UK, women are accustomed to feeling equal to men in ability, rights such as education, the vote and choices on family size. From Boadicea onwards we have had many strong women in positions of influence or political power, and in the last few decades UK women have benefited from legal equality with men except in one or two respects.
This positive situation has not been easily won.
Lucretia Mott, a very active American Quaker, wrote in 1852 about the plight of women: 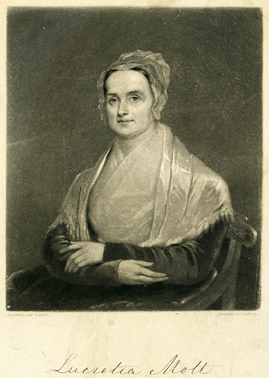 “Woman is told the fault is in herself, in too willingly submitting to her inferior condition, but like the slave, she is pressed down by laws in the making of which she has no voice, and crushed by customs which have grown out of such laws. She cannot rise therefore, while thus trampled in the dust”. (2)
More recently, Quaker theologians reflected on today’s situation:
“We have been reminded vividly that women live under cultural, political and economic oppression. All humanity is lessened by it; we are unwilling to tolerate its perpetuation, and must continue to work for justice and peace in the world.” (3)

However, even in our privileged country, there are discrepancies in the UK that mirror many issues still in the global picture. In November 2015 a court ruling in Northern Ireland overturned the existing total ban on any abortion, finding that it contravened the Human Rights Act.(4) The court now allows terminations in cases of gross foetal damage, rape or incest. With public pressure following the overwhelming 2018 referendum in Ireland in favour of the right to abortion , the Women and Equalities Committee has launched an inquiry looking into the law in Northern Ireland. Eventually the devolved government of Northern Irland de-criminalized abortion, thus enabling women to seek one and doctors to perform them.

“You Silly Goose!” or The legacy of original sin
In the 17th century it was still thought by some, that women had ‘no more soul than a goose’. When asked about this, George Fox laughed and pointed to where a woman’s soul is mentioned in the Bible. (eg. My soul doth magnify the Lord). The early non-conformists had a vision of a utopia, and Quakers managed to retain the concept and belief in the equality of the sexes. However elsewhere the ‘silly goose’ attitude remained, justifying women’s inequality, affecting in particular the education of women and their legal position. 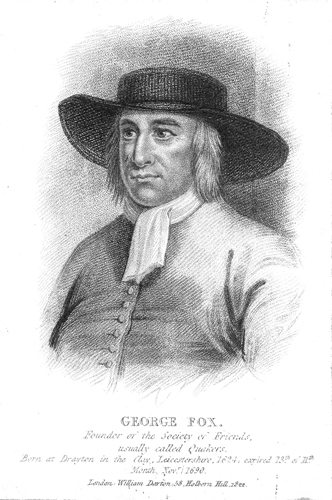 The Christian churches in the UK have been freeing themselves from the old misogynistic way of thinking, especially recently with the election of female Anglican bishops. However the Roman Catholic Church gets a lot of criticism from both outside and inside for its attitude to women and family planning. (5) Its unfortunate inflexibility has been described as “catastrophic” for global population. (Population Media Center, 13.02.16)
Religion influences culture and therefore government so strongly that it cannot be ignored in discussing the population crisis. A balanced look at the Islamic world shows a typically mixed picture.    “To be sure … heinous practices exist, but most Muslim scholars contend they are less a function of religious doctrine than a reflection of history, culture, economics and especially politics. Countries that make up the Muslim world (those with a majority Muslim population) span the globe from Sub-Saharan and Northern Africa through Europe and the Middle East to Southeast Asia It would be grossly misleading to assert that there is one homogeneous Muslim world. In contrast to the lives of women in Afghanistan under the Taliban, women in many other Muslim countries enjoy the right to work and to participate in public affairs and have far greater control over their reproductive lives. Still, the unmet needs among women in the Muslim world for reproductive health services, and for reproductive and other societal rights, are enormous.” (6)
Even in the developed world, there are constant echoes of these ways of thinking. To be blunt, they are methods of control of women, and they extend to child bearing.

Male dominated cultures and child brides
For long periods in the last two thousand years, women and children have been looked on as property. Child marriages and FGM are expressions of this.
This situation still obtains in some parts of the world, where women are threatened with violence, where they are forced into marriage as young as ten, where they have two children by the time they are sixteen, where they are exhausted from child bearing by the time they are thirty.
“The reality is that adolescent pregnancy is most often not the result of a deliberate choice, but rather the absence of choices, and of circumstances beyond a girl’s control. It is a consequence of little or no access to school, employment, quality information and health care…70,000 adolescents in developing countries die each year from complications”. UNFPA Executive Director Babatunde Osotimehin. (7)
Child brides are still very frequent, but as always, situations can be more complex than is at first obvious. Take a minute to read the story of Haneen, aged 13 and with 10 siblings, forced into marriage whilst a refugee from Syria.(8)
Female genital mutilation at an even earlier age is characteristic of some of the cultures practising child marriage.

Conclusion
In the absence of such mainly male influence, it is a fact that giving women the information and the means to reduce fertility, they will almost always make use of it, regardless of their economic status.
To quote from Robert Engelman’s book ‘More’ (link):-
“Leave to women, more than to anyone else, the decision about when and how often to bear children…
There exists more potential than ever for women’s reproductive intentions to support the sustainability of societies. Contraception is safer and more effective, and acceptance of its use in most societies is as high as it has ever been. In every country where contraception and safe abortion (always needed, because contraceptive failure is always possible) are widely available, fertility has quickly fallen to replacement levels or close. Having high per capita income no doubt helps, but this seems much less important than nine or ten years of schooling for girls and a certain degree of women’s decision making autonomy..
The urgent need, as always, is effective access to the means of managing childbirth and permission to use them. When that exists, women tend to take advantage of it no matter their economic or other social status relative to men. The long history of contraception and considerable recent evidence nonetheless suggests that women have greater success in timing their childbearing as their status moves closer to that of men.”

Notes
1. From Engelman’s book ‘More’, ‘In every country in which contraception and safe abortion…are widely available, fertility has quickly fallen to replacement levels or close’.
See also Iran’s story in ‘Other Lands’.
2.Lucretia Mott Quaker Faith and Practice 23.39
3.The Epistle of the First International Theological Conference of Quaker Women in 1990 (QF&P 23.40)
4. Northern Ireland and the right to abortion. http://www.theguardian.com/uk-news/2015/nov/30/northern-ireland-law-on-abortion-ruled-as-incompatible-with-human-rights
5. See also Catholics for Choice on http://www.catholicsforchoice.org/
6. The Muslim world. http://www.guttmacher.org/pubs/tgr/04/6/gr040604.html .
7. United Nations Population Fund 2013 on child marriages: http://www.un.org/apps/news/story.asp?NewsID=46373#.VrS9oRiLTGg
8. Story of a child bride: http://www.unfpa.org/news/flight-syria-story-one-child-bride