Feel free to print off and use these posters and leaflets.

Posters: pictures of well-known people with opinions on population expressed by them. Friends who attended Ann LeMare’s talk at YMG at Warwick will remember these exhibited on the wall in the lecture theatre. These should all print out as A4: the ones we used at Warwick were enlarged to A3, which shows them off well. The links below are self explanatory.

Chris Packham, naturalist and broadcaster: ‘There’s no point bleating about the future of pandas…when we’re not addressing…the ever-increasing size of the world’s population’

David Attenborough, broadcaster and naturalist: ‘There is no major problem…that would not be easier to solve if there were fewer people and no problem that does not become harder…with ever more’

Edward O. Wilson, Pellegrino Professor Emeritus in Entymology, Harvard: ‘The raging monster on the face of the landis population growth. In its presence, sustainability is but a fragile theoretical construct’

Helen Mirren, actor; ‘…I think still it is very fine not to want children. There are far too many people in the world. It is my contribution to ecology’

Dr. Henry Way Kendall, physicist, Nobel Prize winner: ‘If we don’t halt population growth with justice and compassion, it will be done for us by nature, brutally and without pity.

Jane Goodall, primatologist, anthropologist and UN Messenger of Peace: ‘It’s our population growth that underlies just about every single one of the problems we’ve inflicted on the planet’

Lionel Shriver, author; ‘We need to recognise that slowing population growth is one of the most cost-effective and reliable ways of relieving pressure on our environment…’

Martin Luther King, ‘…the modern plague of overpopulation is soluble by means we have discovered and with resources we possess…’

Norman Borlaug, agronomist and humanitarian who instigated the Green Revolution: ‘If fully implemented, the revolution can provide sufficient food for…the next three decades. But the frightining power of human reproduction must also be curbed: otherwisethe success of the green revolution will be ephemeral only’.

Stephen Emmott, scientist and author: ‘…the worst thing we can…do globally is to have children at the current rate…Only an idiot would deny that there is a limit to how many people our Earth can support

Thoraya Obaid, UN Under-Secretary General, 2000-2010; the first Muslim Saudi-Arabian to head a UN agency: ‘We cannot confront the massive challenges of poverty, hunger, disease and environmental destruction unless we address issues of population and reproductive health’

Leaflet for general use

Please right click on the leaflet and click on save image as…. You will then be able to print it. 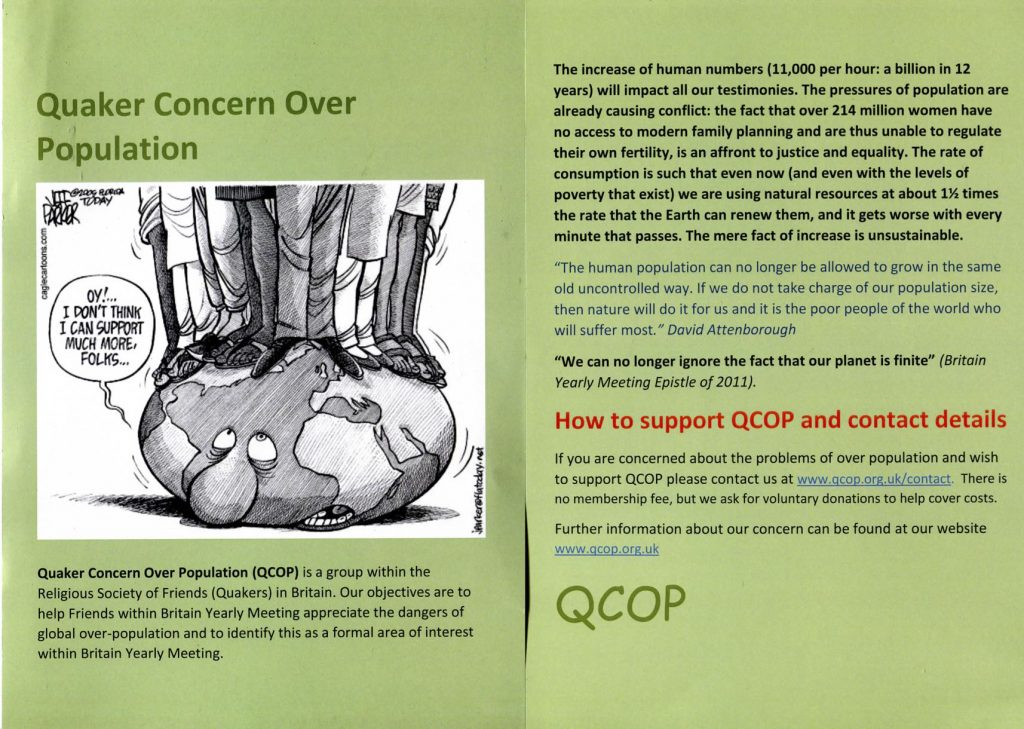 This is a poster that would look good on your Meeting House notice board: 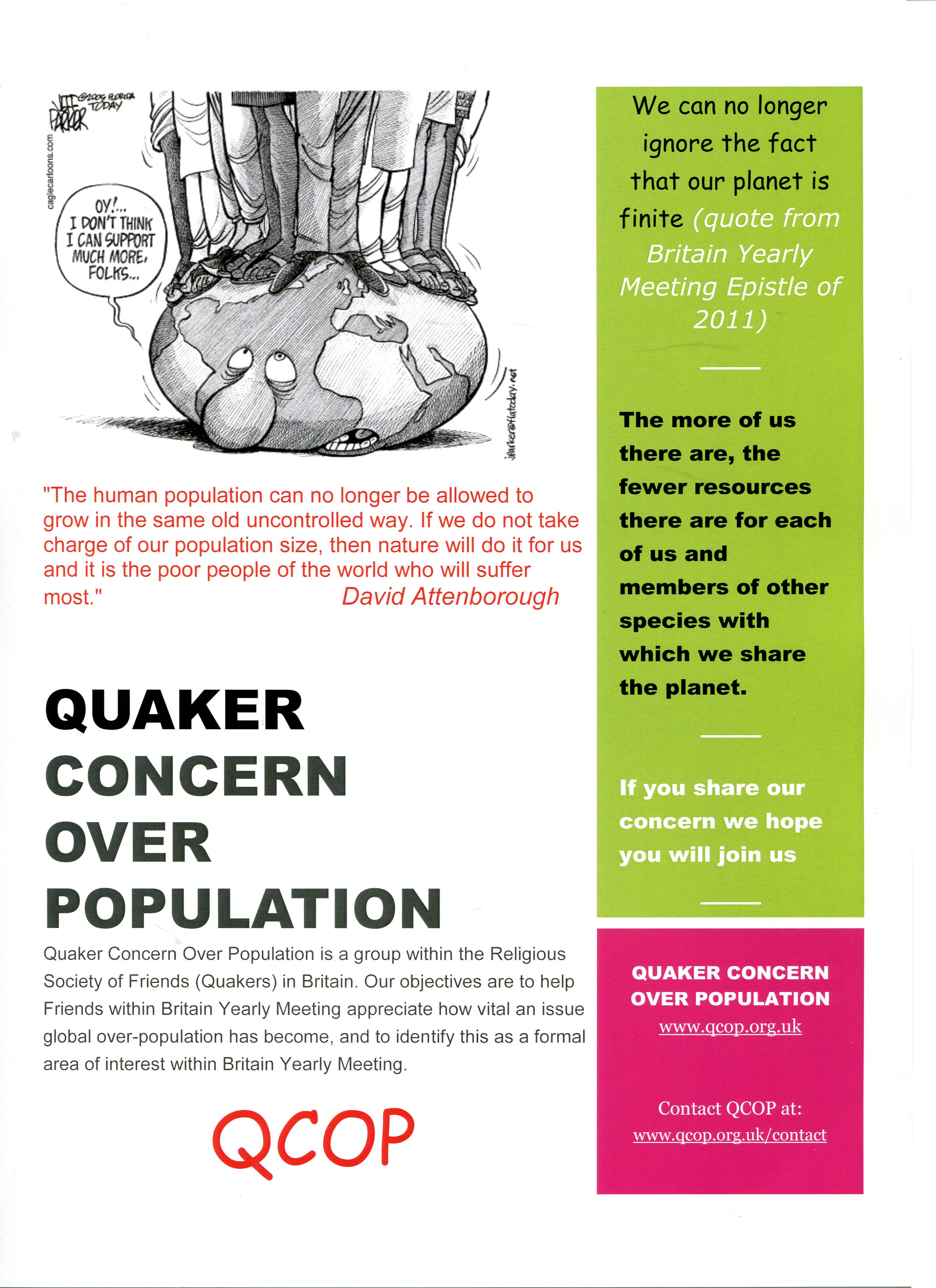