OR, What you can do. 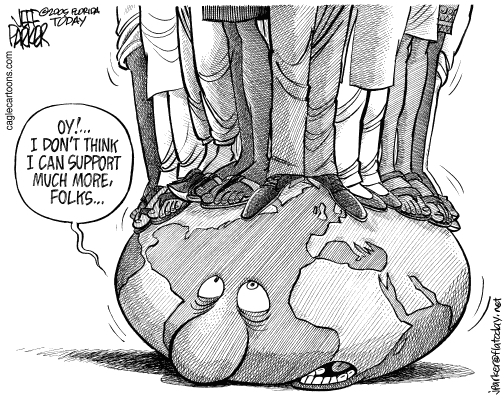 One of the aims of QCOP is to raise awareness amongst Quakers of the impact global over-population has on the world. We also need to raise awareness amongst the general public, so that it becomes a known issue rather than an unpalatable truth. We have to become personally more comfortable mentioning it, and will achieve this through becoming more informed. Of great help is hearing about what works.

Culture change
There are many examples of how Quakers have been involved with changing how people think, for example on slavery, war, and more recently same sex marriage.
Persuading people to adjust their thinking is daunting, especially if they are family or our local community, but it has been done successfully since time immemorial and is probably one of the secrets of mankind’s success! Large organisations and those in a position of power have also effected changes in people’s mind-set through advertising and legislation, for example quite recently over reducing smoking.

To change perceptions on population we need to work on it at all levels, from close family to local community, on up to national parliament and further to international organisations and religious groups. Starting at a very individual level, we soon find that Population is seen as a feared, boring, or just over-complex topic. A common reaction to realising that it is a fundamental problem is often initially panic, anger and a feeling of helplessness. As Quakers we are often good at calm steady optimism. Above all else, people need to have good news stories leading to hope, and ideas of the words to use. 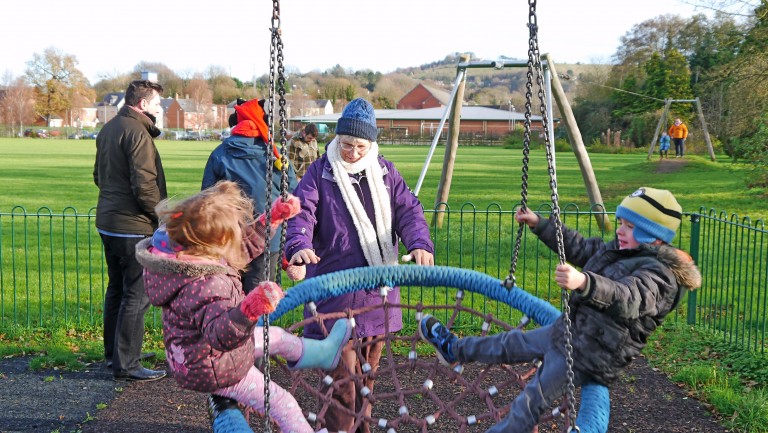 Fix a footnote to automatically appear at the end of your email or text message. A list of suitable short quotes is on the Quotes page of this website. David Attenborough has the gift of quotability, but my favourite is by Roger Martin, a retired president of Population Matters. ” “It is not much use reducing our carbon footprints if we keep on increasing the number of feet.”

Holding a conversation with a beloved member of the family or a friend on a sensitive personal  issue can be cripplingly difficult, as personal experience has shown me.

We can quite consciously start to create ripples of awareness, in what Jamie Wrench calls the Nudge Theory,(earthQuaker issue 87,Page 8 on http://tinyurl.com/ze99bbd). With the family and neighbours, we can encourage the concept of individual restraint merely by calmly mentioning our general concern.

Phrases to try out:
I’m very concerned about global population. There are just too many people on the planet. It cannot sustain so many.

I had three children, so I feel hypocritical suggesting smaller families, let alone none. (Introduces the concept)

I’m not sure that I want to live to be 100. There are so many people on the planet that it is too congested to function well.

These might not start up a conversation Indeed they might even stop it as they are all mildly taboo subjects for many people, or seem too political for the tea table, but it starts a ripple. Don’t worry that you cannot sustain a conversation on the subject. Merely raising the topic can trigger better awareness.  Just remember your choice of key facts, for example:
Every year Earth Overshoot day gets earlier. In 2018 it was August 1st  .

The greenest thing you can do in your whole life  is to have at least one child less than you might have done.

At Meeting
Quakers have a track record of changing people’s attitudes on controversial or little understood issues. In this era of email and social media, a calm face to face approach can have great power. 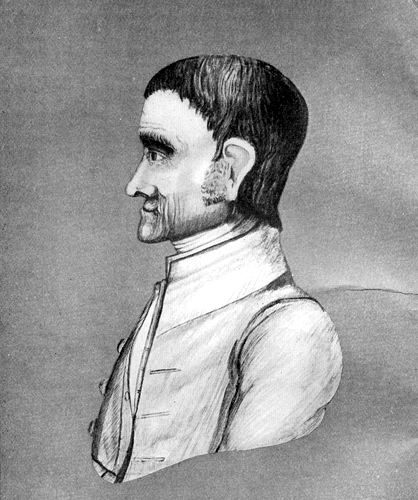 John Woolman in the 18th century USA found it mentally very challenging to personally visit Quakers  and relatives to persuade them against slave ownership, but did so successfully. He later came to the UK and again personally approached Friends, who then talked to William Wilberforce. In both countries, John Woolman was upheld and encouraged by local meetings.

In 2013, Roger Plenty of Gloucestershire Area Meeting managed to convince local Quakers that his 50 year-long anxiety about the global population was indeed a Concern, which has opened many doors to him, such as support in holding a well-attended Special Interest Group at Bath Yearly Meeting in 2014. This website is one of the outcomes of that Yearly Meeting, in collaboration with other Quakers . In other words, we are not alone. The Quaker Meeting community is our strength.

Organise a discussion on any aspect of population. Materials for these can be found on this website, on application to the website contact, or from the many larger Population websites, (under Useful Websites.)
Offering local Quakers a poster with a cartoon opens up a dialogue at the very least, as does engagement with a children’s class. Asking a Local Meeting to include a collection for Marie Stopes International not only raises money for family planning clinics, it also raises awareness of the issues locally.
An ad hoc meeting has already taken place at the Swanwick Conference on the Quaker Response to Climate Change.(2015) and a training event at Woodbrooke is being planned for 2017.

At local community level
Providing materials focusing on global population in schools and offering to help with the discussions you hope they will have, could have a lasting influence on the vital younger generation.

Through QCOP at least 6 schools and the college in Stroud, and 3 sixth form colleges in Cambridge, now have a copy of the large photographic book, Overdevelopment, Overpopulation, Overshoot, provided by Population Media Center.One of the schools reported that they intend to use it for materials for the geography A level course, and all were very glad to be given such a comprehensive and appealing book. If you wish to try this, visit the Population Media Center and apply through them. The books are free on the assurance they are going to a useful home. We felt targeting young adults was the most influential choice.

Reach out to the general public through the local press, by responding to appropriate letters and articles, for example, on a new housing development or concerning the provision for sex education in schools. Linking the local issue to a wider picture accustoms readers to the concepts, vocabulary and concern over global population. (See Tried and Tested in Articles)

More phrases or variations of them, to try out, spoken or written:

Using the media
Every concerned person should work to their strengths. If you are a writer, or radio or soap opera fan, how about devising a story for a play? Population Media Center’s local soap operas have been hugely effective in South America, Africa, and Asia. (link). The Center’s approach is to use entertainment- education on TV and radio, in the shape of powerful dramas, filled with realistic characters and plot twists that generate a range of emotions as the audience gets pulled into the story. It has succeeded in changing attitudes to family size in both the Americas, Africa and Asia.                                                          “67% of new clients at (health) clinics in Nigeria named PMC’s show Ruwan Dare as the direct or indirect source influencing them to seek services.”.

Radio plays are a very successful and stress-free device for communicating ideas, especially if imbued with characterful personalities. As it is reading skills that are required, not acting, they can be used with little preparation to enliven any group. So are there any budding playwrights amongst us that can take up the challenge to write a local soap opera or a short radio play, Quaker or otherwise?

Dealing with your parliamentary representatives

This feels very frightening, but remember we now have two Quaker MP’s, plus a Quaker Green Party MEP, and personnel in Friends House whose job it is to liaise with parliament. John Woolman was greatly helped by several Quaker MPs.
Letters to your local MP are always answered, and the more people who write in on a topic, the more they consider action. Remembering John Woolman’s successful method, try a more personal approach by visiting your constituency surgeries.

When there is a local or national election, you could attend a hustings and raise a general query, conscious that it is not only the MP who hears your public question, but the audience too. Here’s an example, “The UK is committed to stringent EU targets on pollution by 2020. To what extent is an increasing birth-rate a hindrance to this? Would it not be a good idea to have similar EU targets on stabilising the birth-rate, and will your party pursue this goal?” See a full list of suggested questions in General Election Questions, under Articles, qcop.org.uk/articles. 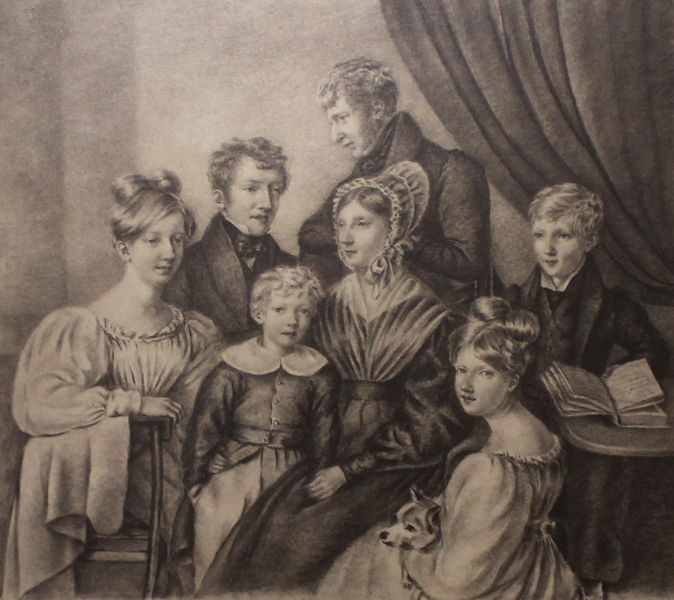 Elizabeth Fry (1780 -1845), had 11 children but most Quakers  have small families nowadays. So what changed? Studies show that the education of women and their consequent understanding and empowerment, combined with approved availability of contraception, bring about smaller families. Where the state and often the church work together, this has been achieved in unexpected places such as Iran, Thailand, Bangladesh, and Morocco. Here, briefly is part of Iran’s story.

After the Iranian Islamic Revolution in 1979, Ayatollah Khomeini wanted large Muslim families to boost the army and Islamic state, so he closed down the family- planning clinics. However, the subsequent enormous population growth strained the economy, caused high unemployment and damaged the environment. In 1989 the policy was reversed with full encouragement given by state and mosque to reduce family size, publicized in the media in both urban and rural areas. Now 90% of women received education, and the birth rate reduced dramatically.(Unfortunately a change of hand at the state helm has meant another about-turn.)
(See extract from Smart planning for the global family, by Lester Brown in Articles)

With free modern family planning methods, Bangladesh has worked hard and successfully to reduce its growth rate. See http://tinyurl.com/zoyjh5y .So much so that recently the Ethiopian state sent 2 mullahs there to study how mosque and state working together had been able to effect the culture change and achieve a reduction in the birth rate. (link)
What is the UK’s part in these exciting stories? We give millions in overseas aid. Be a watchdog and take any chance to comment in the press or to ask your MP questions such as this.
” Educating women, together with proper health and family planning policies has proved amazingly effective at bringing down soaring birth-rates in many countries, Bangladesh, Iran, Brazil etc. Will your party ensure that there is no reduction of funds from the Overseas Aid Budget for the education of women?”
See the Marie Stopes Association website for inspiration and more stories of the effect of practical family planning on the lives of millions, on  https://mariestopes.org/